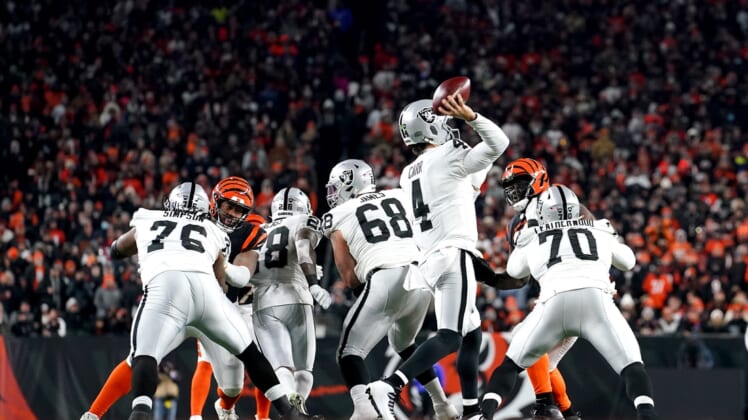 The Las Vegas Raiders have hired Mick Lombardi as their new offensive coordinator, according to a report by ESPN on Saturday.

Lombardi most recently was wide receivers coach for the New England Patriots for the last two seasons. He also served as assistant quarterbacks coach with New England in 2019.

Lombardi worked as a scouting assistant with the Patriots from 2011-12, then spent time with the San Francisco 49ers and New York Jets in a variety of roles before rejoining New England. The 33-year-old is the son of Michael Lombardi, a longtime NFL front office executive.