Report on Khalil Mack contract: No progress, optimism or communication 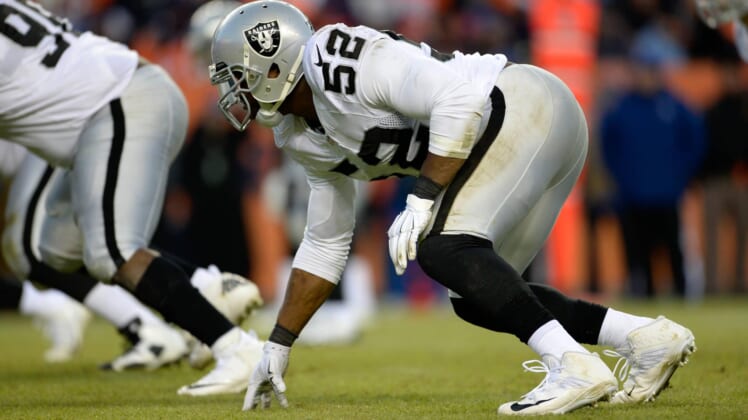 The contract impasse between Khalil Mack and the Oakland Raiders doesn’t appear to be any closer to a resolution as the star pass rusher continues to hold out of camp.

According to Ian Rapoport of NFL Media, there’s “no progress” on a new deal.

Heading to Napa tomorrow for the #Raiders and I inquired about the situation surrounding star Khalil Mack: I’m told there is no progress. No optimism. No communication. And so, the holdout continues…

This mirrors what we heard about Mack’s contract situation less than a week ago, when it was reported that the talks were tense and have not gone smoothly.

Mack, who has racked up 40.5 sacks in his first four years and 36.5 the past three seasons, is set to earn $13.8 million fully guaranteed this year without an extension. While that’s not a pittance, it’s nowhere near the kind of money Mack would bring in on a new deal.