Report: ‘No way’ Raiders play in Oakland next season after lawsuit filed 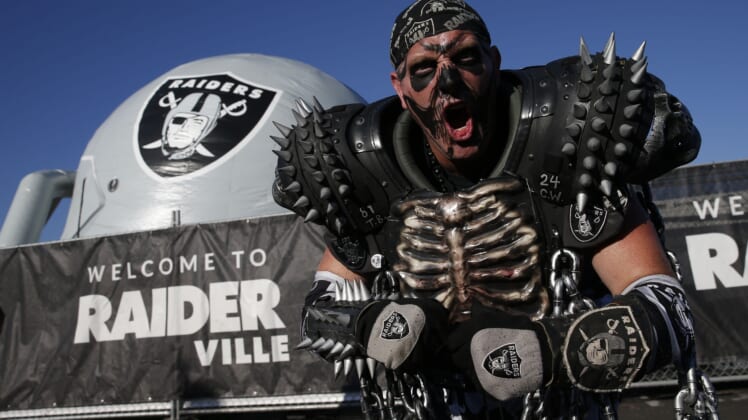 On Tuesday, the city of Oakland finally did what it’s been threatening to do for months, filing a breach of contract lawsuit against the Oakland Raiders and NFL over the team leaving the city for Las Vegas.

City Attorney Barbara Parker said in her statement that, “The defendants brazenly violated federal antitrust law and the league’s own policies when they boycotted Oakland as a host city,” calling the team’s move “illegal.”

Of course, the NFL and the Raiders don’t see it that way. The decision to move the team from Oakland to Las Vegas has been in the books for a couple years now, and the new stadium on the strip in Sin City is well on its way to being ready for the 2020 season.

But what to do from now until then?

Based on a report from Jason Cole of Fansided, the team won’t be playing in Oakland.

High ranking Raiders official said today there is “no way” the team plays in Oakland in the 2019 season after the city filed suit today. Source said there are 5 or 6 cities the team will consider, including some that already have NFL teams.

Whatever happens, it sure seems like the next game played in Oakland, on Christmas Eve against Denver, will be the last by the Raiders.