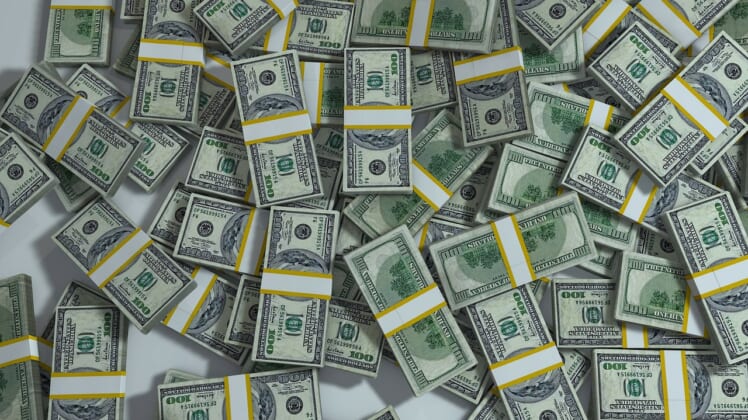 There could potentially be a hiccup in collective bargaining conversations between the NFL and NFLPA.

Veteran media personality Dan Patrick reported on Wednesday that owners want the players to fund some of the estimated $5 billion it’s costing to erect the Los Angeles stadium that will soon house both the Chargers and Rams.

“The league is proposing that maybe they give players 49 percent of the revenue, but they want to use the extra money they get—the percentage (point) is about $150 million I was told—they want the players to then help finance the Los Angeles stadium,” Patrick reported on his daily show. “We’ll give you 49 percent of the revenue, but we want to use 2 percent of that revenue—so $300 million over the next couple years—to help the stadium.”

The current one expires following the 2020 season. Neither side wants a repeat of the brief work stoppage we saw back in 2011.

It does make sense that owners would want players to foot some of the bill for SoFi Stadium. The increased revenue it promises to bring in will benefit them as much as the owners.

This seems to be a minor glitch in the negotiations. The larger-scale issue is the possibility of owners pushing for a 17-game regular-season. Players are also fighting for more guaranteed pay and a change in the NFL policy banning marijuana as an alternative to opioids.