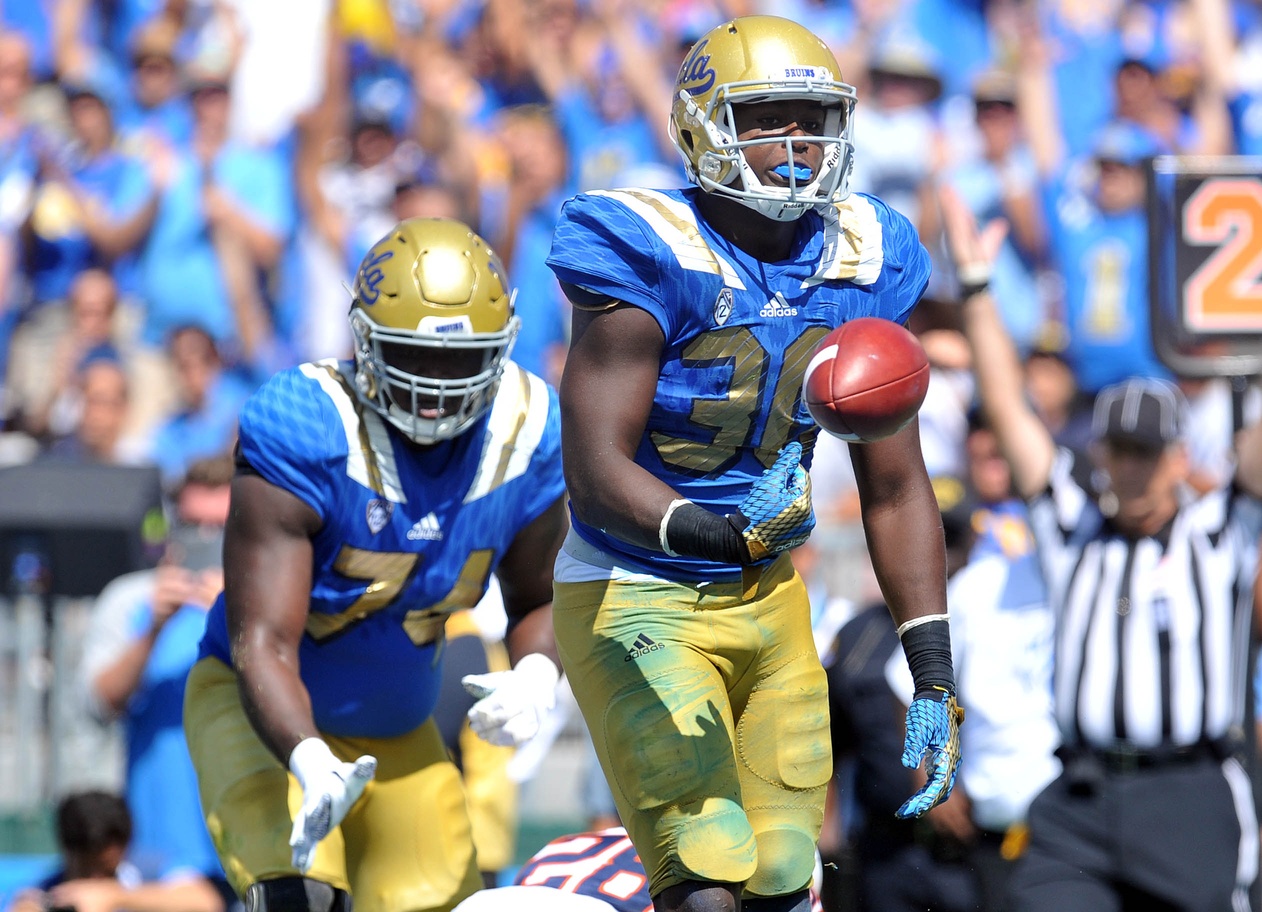 The knee condition that has former UCLA linebacker Myles Jack in the news for all the wrong reasons leading up to this week’s NFL draft apparently has one team looking to avoid him in the first round.

According to Jordan Raanan of NJ.com, the New York Giants have taken Jack completely off their draft board for the first round:

“The concerns with UCLA linebacker Myles Jack’s knee are real. So real that he is not among the players in the running for the No. 10 overall pick with the Giants, two individuals with knowledge of the situation told NJ Advance Media.”

Picking 10th overall, the Giants seemed like a possible destination for Jack. Their linebacker play has been absolutely horrendous over the past couple seasons. Losing Jon Beason to retirement earlier this offseason doesn’t help on this front either.

If the Giants are looking to avoid Jack come Thursday night, that might not bode well for his draft stock moving forward.

Jack missed the majority of his final season with the Bruins after suffering a torn meniscus in his right knee against BYU.

More so than the injury Jack suffered, he’s reportedly dealing with a condition called “chondral defect” in his right knee. This condition includes a loss of articular cartilage in the knee.

It’s a real concern. Jack could potentially play 10-plus years with the condition. On the other hand, he could reasonably be limited to a relatively short career in the NFL.

In this, the top linebacker prospect didn’t do much recently to quiet concerns over the condition:

Once considered a lock to go in the top five, it sure is looking like Jack will see a steep fall down the draft board come Thursday night. In fact, there’s a potential he might not go in the first round at all.

It really is a shame.