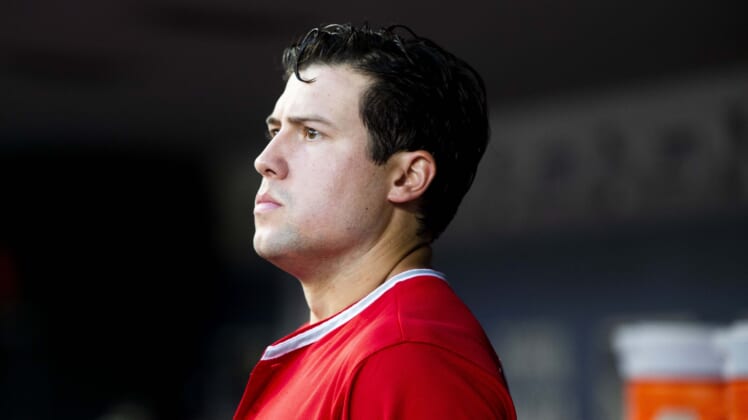 In the aftermath of Los Angeles Angels pitcher Tyler Skaggs sudden death and the tragic report he had fentanyl and oxycodone in his system, MLB is reportedly taking the first steps to try and make sure another tragedy doesn’t occur.

According to The Los Angeles Times’ Bill Shaikin, MLB and the players’ union are planning to discuss expanding the league’s drug-testing program to include random opioid screenings

“For several reasons, including the tragic loss of a member of our fraternity and other developments happening in the country as a whole,” said Tony Clark, the MLBPA’s executive director, via The Los Angeles Times. “It is appropriate and important to reexamine all of our drug protocols relating to education, treatment and prevention.”

The opioid crisis is an issue that has tragically impacted countless lives across the country. According to the CDC, opioids were involved in 47,600 overdose deaths in 2017.

It isn’t yet known what possible punishment would be for any MLB player who tested positive for opioids if the league began testing for it. According to The Los Angeles Times, minor-league players who first test positive for opioids are referred to treatment and not suspended until a second test is positive.

As law enforcement further investigates the details behind Skaggs’ death and how he obtained the opioids, MLB will likely continue to seek further steps it can take to prevent this from happening again.