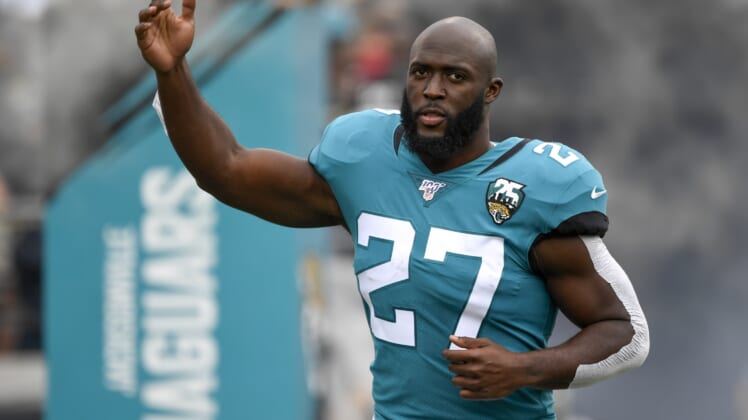 Just three years after selecting Leonard Fournette with the No. 4 overall pick in the 2017 NFL Draft, the Jacksonville Jaguars are desperately trying to trade their star running back. Unfortunately for the organization, it appears like that might not happen for quite some time.

According to Bleacher Report’s Mike Freeman, there is minimal interest around the NFL in trading for Fournette. The Jaguars shopped him throughout the 2020 NFL Draft without any luck and the list of potential suitors continues to dwindle.

Many thought the Tampa Bay Buccaneers could be a potential fit for Fournette’s talent. However, after receiving calls from the Jaguars about a potential trade, Tampa Bay selected running back Ke’Shawn Vaughn with its third-round selection.

The Indianapolis Colts, Detroit Lions and Buffalo Bills had also been suggested as teams that could benefit from adding Fournette to their backfield. However, the Lions (D’Andre Swift) and Colts (Jonathan Taylor) both spent second-round picks on a running back and Buffalo uses its third-round pick on running back Zack Moss.

While Fournette is seemingly talented and is recognized around the NFL, he hasn’t lived up to his reputation since arriving in Jacksonville. He caused friction in the locker room this offseason by suggesting the team sign Cam Newton. Earlier in his career, Fournette nearly fought an opponent in the tunnel and the team is also reportedly tired of his poor work ethic.

Both the Jaguars and Fournette likely want to part ways and it would be in the best interest for both sides. However, the lack of interest in Fournette from around the league speaks to the difficulties Jacksonville will face to trade him.

Set to become a free agent at the end of the season, it wouldn’t be a surprise if Fournette is traded for a late Day 3 pick in 2021. After that, he’ll have to prove himself with a new team in the hopes of landing a good contract next offseason.