Report: Mike Glennon to Bears ‘all but done’ 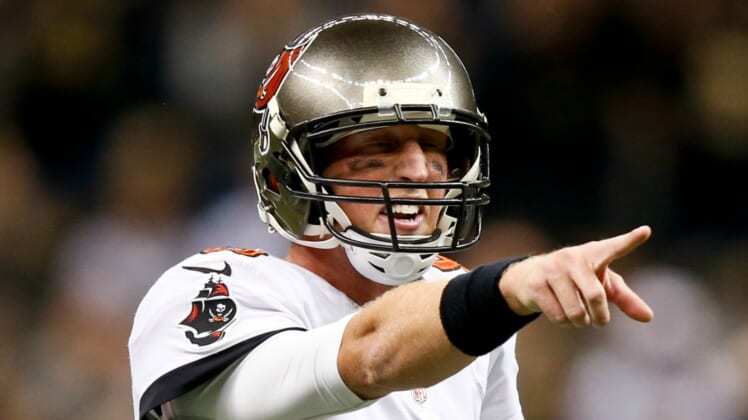 The Chicago Bears have been pushing hard to land Mike Glennon, and one report suggests he’ll be signing on the dotted line as soon as possible on Thursday.

Ian Rapoport, appearing on  NFL Network’s Good Morning Football, said Glennon to the Bears is “all but done.” He notes the deal is expected to be three years, for “roughly $14-15 million.”

Interestingly, Glennon turned down $8 million per year to stay in Tampa Bay and remain the backup to Jameis Winston (more on that here).

The Bears became big players for Glennon when it became readily apparent that New England Patriots quarterback Jimmy Garoppolo’s asking price was going to be astronomical.

Chicago is obviously banking on the promise Glennon showed as a rookie when he threw 19 touchdowns and just nine interceptions starting 13 games for the Bucs. He hasn’t started a game since being benched in 2014 for Josh McCown, as the Bucs (smartly) threw their eggs into the Winston basket in 2015.