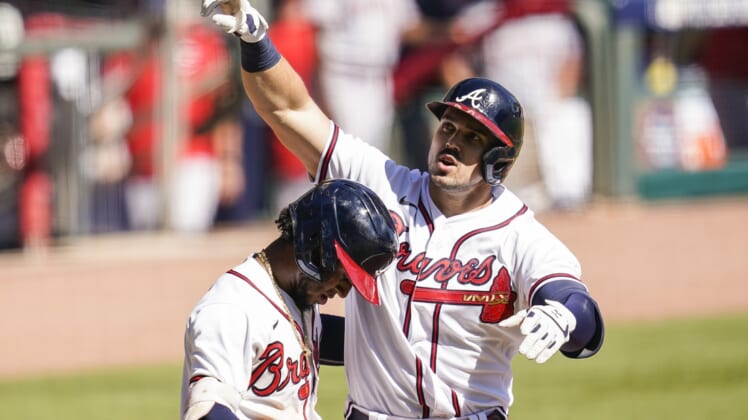 Duvall injured his oblique in Game 1 of the NLCS against the Los Angeles Dodgers in October.