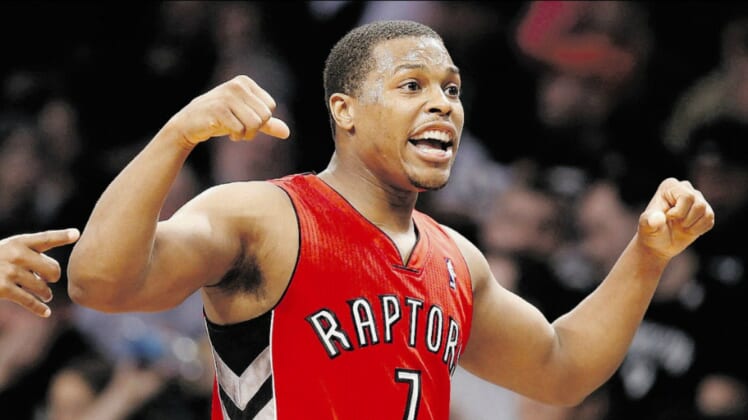 Soon-to-be free agent Kyle Lowry, who had a breakout campaign with the Toronto Raptors this past season, is reportedly interested in joining the defending four-time Eastern Conference champion Miami Heat.

The point guard racked up 17.9 points and 7.4 assists for a surprising Raptors team in 2013-2014. He’s viewed as one of the top-10 available free agents when the courting process starts early next month.

According to this ESPN report, the interest between Lowry and Miami is mutual.

It goes without saying that Pat Riley and Co. are going to be in the market for an upgrade at the point guard position. Mario Chalmers was downright horrendous in the playoffs and shouldn’t figure into their future plans, especially as a starter. Meanwhile, Norris Cole isn’t viewed as much more than a backup himself.

A lot of what Miami can do in terms of bringing in exterior free agents will depend on what the Big Three decide to do. If LeBron James, Dwyane Wade and Chris Bosh decide to opt out of their contracts and re-sign for less money, Lowry becomes a real possibility. If not, the veteran point guard will have to take considerably less in order to catch on with the Heat.