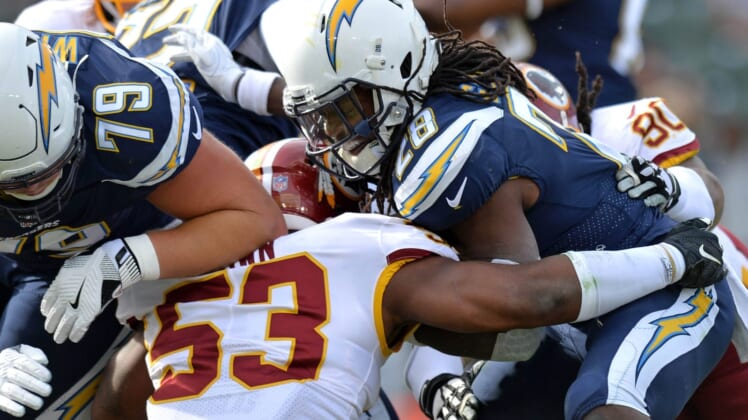 Melvin Gordon and the Los Angeles Chargers appear headed toward a potentially lengthy holdout this summer, as the team reportedly has no intention of giving into his demand that he receive a hefty contract extension.

Charles Robinson of Yahoo Sports shared the following on Monday:

Gordon recently made his stance crystal clear that he will hold out of training camp, and even into the regular season, if the Chargers don’t give him an extension he believes matches his value.

We’ve laid out the reasons why that’s just not feasible, and it appears the Chargers are of the same mind.

So, it appears we’re at an impasse.