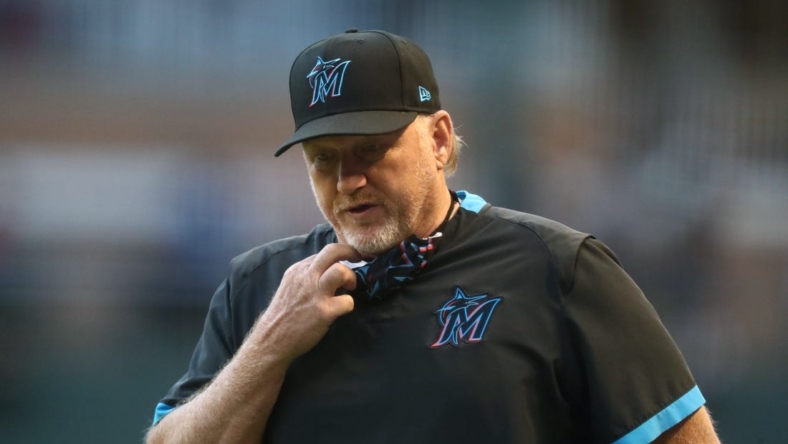 The Miami Marlins are bringing back Mel Stottlemyre Jr. on a new multi-year deal, making him one of the highest-paid pitching coaches in baseball, SportsGrid reported Monday.

Stottlemyre will continue on under new manager Skip Schumaker, hired last week. Stottlemyre was hired by the Marlins in December 2018 under then skipper Don Mattingly.

Stottlemyre, 58, has also served as the pitching coach for Seattle Mariners and Arizona Diamondbacks.

Stottlemyre pitched in just 13 games in the major leagues after being selected No. 3 overall by the Houston Astros in the 1985 January Draft-Secondary Phase. He went 0-1 with a 4.88 ERA in 13 appearances (two starts) for the Kansas City Royals in 1990.