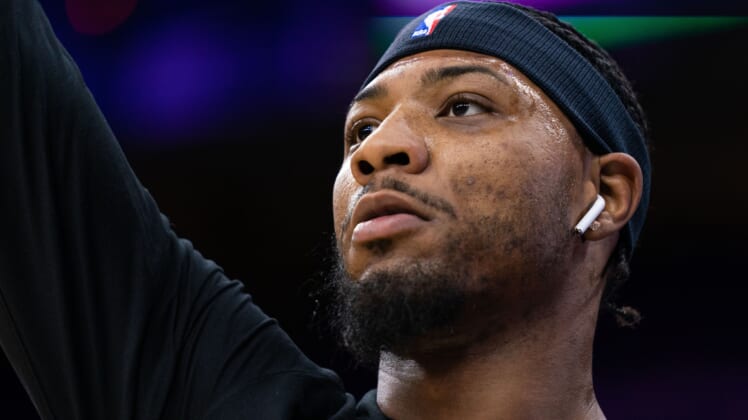 Boston Celtics star guard Marcus Smart won’t be suspended, but he will be fined for his aggressive tirade against a ref Tuesday night.

According to Adrian Wojnarowski of ESPN, the NBA will fine Smart $35,000.

Smart appeared to take issue with a foul called against him as he attempted to guard Brooklyn Nets’ Caris LeVert in the final moments of regulation Tuesday night.

Following the foul, LeVert hit all three of his free throws to tie the game up and send it to overtime.

After the Nets won in overtime, Smart had to be taken off the court following a heated altercation with the refs.

There was some thought that the NBA might suspend Smart for his actions. But apparently, he’ll just be hit with a hefty fine, instead.