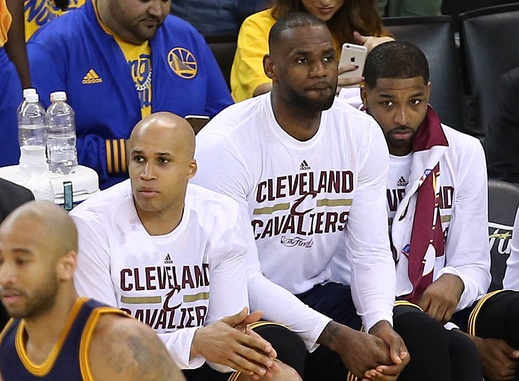 There are serious rumors brewing about LeBron James potentially joining the Los Angeles Lakers after next season, and now we have even more reason to believe that could happen.

James already has dealings in Southern California, thanks to his partnership with Warner Bros. And he’s already left Cleveland once in favor of a big-market team that was assembling championship-level talent.

Given the recent news that Paul George has already told the Pacers he’s moving on after next season, with the Lakers as his target, the idea James could join him isn’t crazy at all.

The future is still cloudy for this organization, which may or may not take Lonzo Ball at two overall. But with Magic Johnson at the helm, you know the Lakers are going to be very aggressive assembling talent for a legitimate run at another dynasty.

And if James’ wife wants to live in Los Angeles, it’s very feasible he could be a part of that revitalization project.