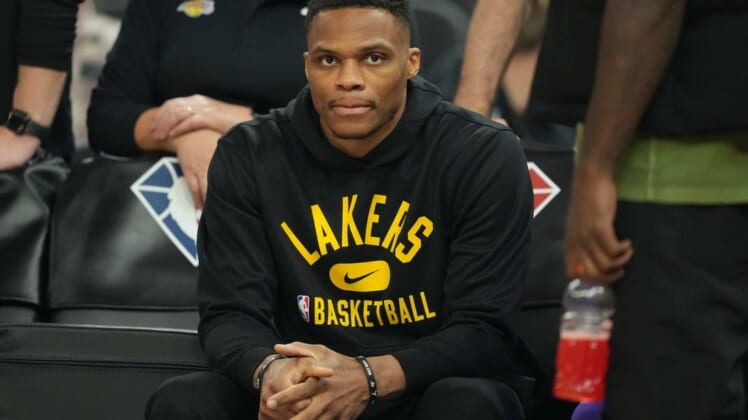 Trade talks between Los Angeles and Indiana, involving the Lakers’ Russell Westbrook and the Pacers’ Myles Turner and Buddy Hield, have fallen apart, according to The Athletic.

The Lakers were willing to part with one first-round draft pick, but not two, according to the report.

Westbrook exercised his $47.1 million player option with the Lakers last month and was reported to be the subject of negotiations between the Lakers and New Jersey Nets in a trade that would include Kyrie Irving going to Los Angeles.

The 33-year-old Westbrook, a nine-time All-Star point guard and 2016-17 Most Valuable Player, is entering the final season of a five-year, $206 million contract.

Westbrook, a two-time NBA scoring champion, averaged 18.5 points, 7.4 rebounds and 7.1 assists in 78 games last season, his first with the Lakers. He posted his lowest scoring average since 2009-10, and the Lakers (33-49) missed the playoffs.

He didn’t mesh well with ex-coach Frank Vogel and became a target of fans as injuries pulled apart the veteran-laden roster.

After spending his first 11 seasons with the Oklahoma City Thunder, Westbrook has been with the Houston Rockets, Washington Wizards and now the Lakers for one season each.