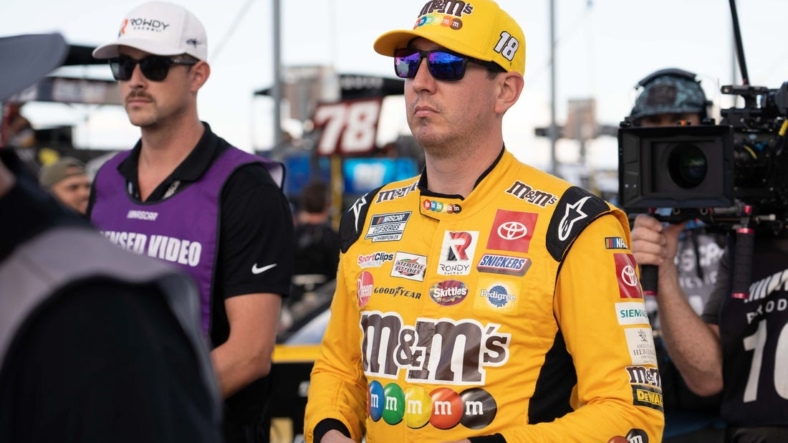 Busch, 37, is completing his 15th season with JGR.

An announcement is expected Tuesday, according to The Athletic.

Busch would join Childress Racing for the start of the 2023 season.

Busch will be racing in Sunday’s Hollywood Casino 400 at Kansas Speedway.

Busch, 37, has just one victory this season — coming in April at the Food City Dirt Race at Bristol — and has admitted his cloudy future with JGR was a factor in his lack of success this season.

Ty Gibbs, 19, is expected to replace Busch at JGR. He is the grandson of owner Joe Gibbs.

Kyle Busch is the younger brother of Kurt Busch, another long-time NASCAR driver.