Report: Kings interested in Kyle Kuzma trade with the Lakers 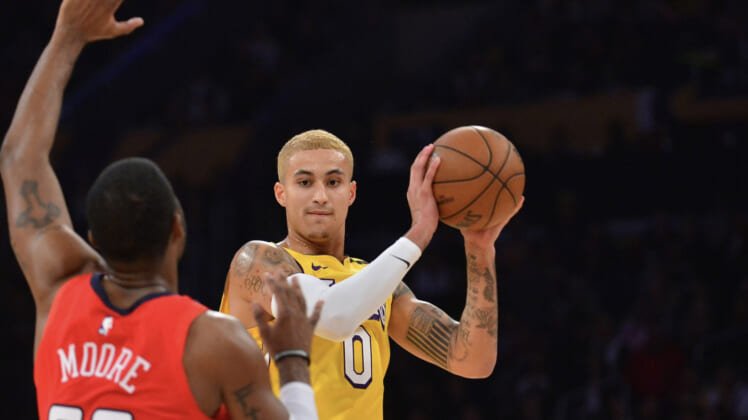 A lot has been made recently about the Los Angeles Lakers and their need to find a point guard to replace the struggling Rajon Rondo.

Without many assets in the form of draft picks or cap room, the Lakers are going to have to get creative. That could potentially include finally biting the bullet and trading young forward Kyle Kuzma.

If so, the Sacramento Kings are reportedly interested in him. Sacramento has attempted to engage in conversations with Los Angeles about Kuzma.

As Stein notes, any move to acquire the 24-year-old Kuzma would likely require Sacramento giving up Bogdan Bogdanovic.

Though, Los Angeles is clearly in the market for an upgrade at point guard, too. The Kings don’t really have that to offer up and are not moving young star De’Aaron Fox in any trade.

Kuzma is averaging 11.8 points and 3.5 rebounds on just 42% shooting from the field this season. He averaged north of 18 points as a sophomore last season.