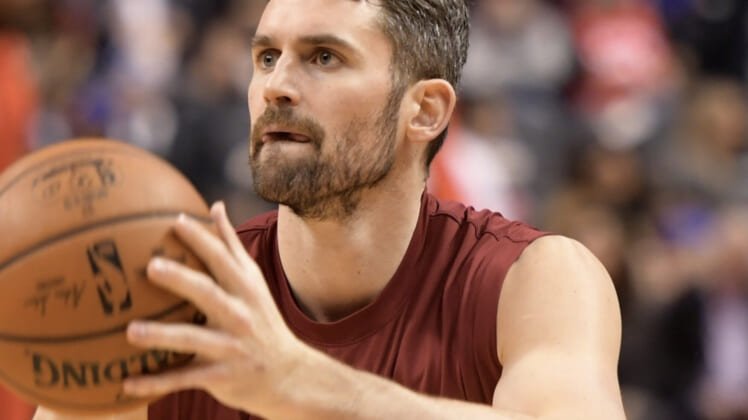 Love has long asked to be traded from Cleveland and has no part of subjecting himself to a lengthy rebuild.

Apparently, Love’s frustrations were taken to a whole new level ahead of Saturday’s game against the Oklahoma City Thunder.

According to Shams Charania of the Athletic, Love directed a verbal outburst at Cavaliers general manager Koby Altman in front of his fellow teammates on Saturday.

“Kevin Love had an emotional verbal outburst directed toward general manager Koby Altman following shootaround on Saturday, expressing his displeasure and disgust with the organization,” the report read. “Love was screaming in front of teammates and Cavs coaches and front-office members that there was ‘no feel here.’”

That’s certainly one way to go about forcing yourself from an organization.

Love, 31, has been in the league for 12 seasons. He’s still playing good ball, averaging 16.6 points and 10.5 rebounds on the campaign. At issue here, Cleveland sits at 10-24 and has no real plan for short-term contention.

The five-time All-Star has every right to be frustrated.