Report: Kellen Moore expected to remain with the Cowboys 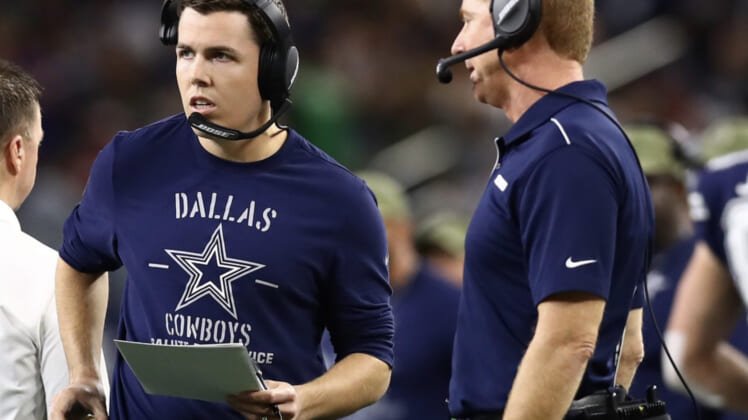 Once it was announced that the Dallas Cowboys hired Mike McCarthy on Monday, the future of offensive coordinator Kellen Moore remained up in the air.

Even as early as Tuesday morning, one report suggested that he was going to decline a return to Big D and go back to his college roots.

That’s apparently no longer the case.

According to NFL Media, Moore is leaning heavily in the direction of returning to Dallas under McCarthy.

The Cowboys’ offensive coordinator and primary play caller this past season, Moore led a unit that ranked first overall in yards and No. 2 through the air.

Though, it’s highly unlikely that Moore will be the play caller under McCarthy. The two could share the duties, but an accomplished coach like McCarthy is not starting a new gig being stripped of those responsibilities.

With this likely move, the Cowboys’ coaching staff is starting to form. That includes Mike Nolan as defensive coordinator.