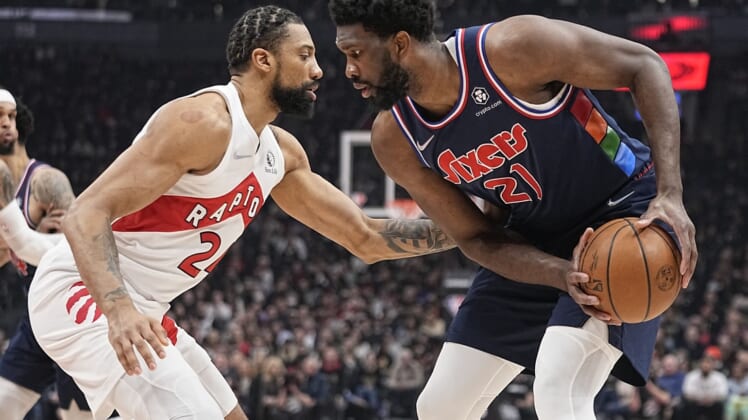 Philadelphia 76ers center Joel Embiid will undergo an MRI on his injured right thumb after he plays in Saturday’s game against the Toronto Raptors, according to a report from Yahoo Sports.

Embiid sustained the injury during Wednesday’s 104-101 overtime win against Toronto in Game 3 of the teams’ Eastern Conference first-round series. Embiid has been a full participant in practice since then, although he has worn a brace on his right hand and thumb.

“I don’t know exactly what happened,” Embiid said when asked about the injury. “But I just started feeling pain and think I might have twisted it.”

Yahoo Sports reported that Embiid planned to play Saturday in Toronto, fly home with the team and undergo the MRI in Philadelphia.