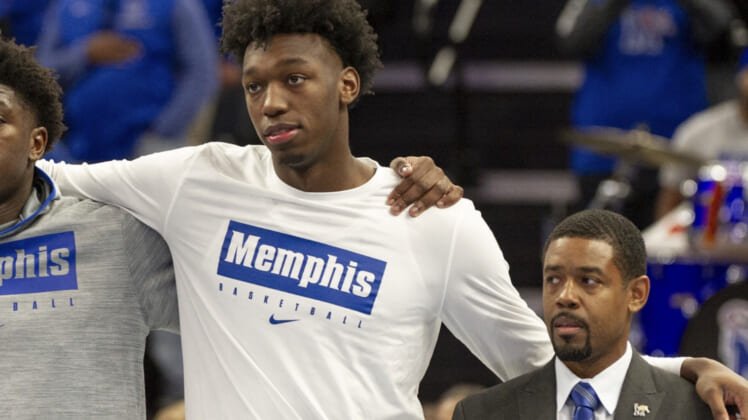 James Wiseman, the potential No. 1 pick in the 2020 NBA Draft, has reportedly moved forward with his plan to leave Memphis and prepare for the NBA Draft by signing with the the agency Excel Sports.

According to ESPN’s Adrian Wojnarowski, the 7-foot center has chosen his representation and will now focus his efforts on preparing for the upcoming draft in June.

Memphis Tigers head coach Penny Hardaway tried to convince the freshman center to stay, but the NCAA’s existing suspension against Wiseman ultimately led to him leaving the program.

The NCAA announced in November Wiseman was ineligible to play after Hardaway helped Wiseman and his family move to Memphis when he was still in high school. Later, the NCAA ruled Wiseman needed to serve a 12-game suspension and pay a fine before returning.

Wiseman, a five-star recruit in the 2019 class, played in just three games for the Tigers. He averaged 19.7 points, 10.7 rebounds and three blocks per game.

While the 18-year-old will have only played three games at the collegiate level, his talent and size will help him still draw consideration for a top pick in June.