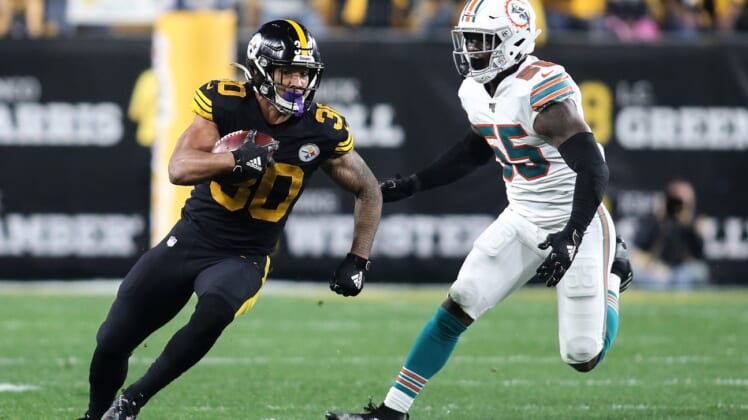 As the Pittsburgh Steelers prepare for this week’s critical upcoming matchup against the Los Angeles Rams, the team will reportedly be without Pro Bowl running back James Conner on Sunday.

According to The Pittsburgh Post-Gazette’s Garry Dulac, Conner is not expected to play in Week 11 against the Rams.

Conner, who missed Week 9 against the Indianapolis Colts, suffered a shoulder injury on Monday Night Football late in the Week 8 contest. It now appears likely he will miss his second consecutive week of action.

If Conner ultimately misses Sunday’s game, the Steelers will likely rely heavily on Jaylen Samuels once again. The 23-year-old hauled in 13 receptions for 73 receiving yards, though was ineffective on the ground with eight carries for 10 yards.