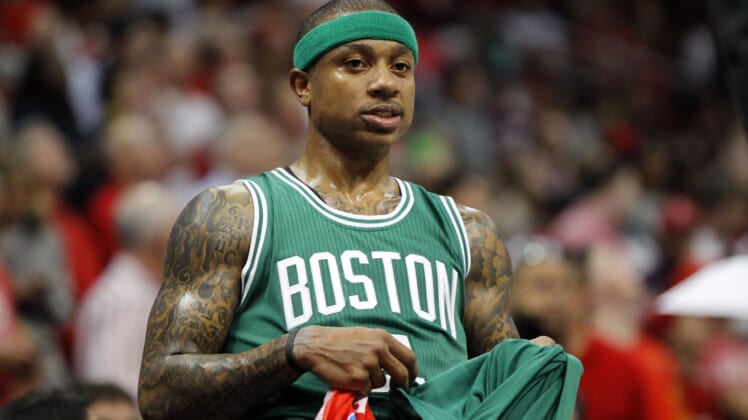 Isaiah Thomas is working to recover from a hip injury, but the projected timeline for his return is becoming more uncertain by the day.

According to Jason Lloyd of The Athletic, the reason is simple: Thomas has issues beyond the torn labrum.

“One source with direct knowledge of Thomas’ hip condition told The Athletic last week that he is dealing with more than just a tear. Some of those secondary issues in the hip he has played with for years now, such as a loss of cartilage and some arthritis, are complicating his healing process.”

“No one has any idea how quickly this will heal or if it even will heal at all. It’s hard to predict.”

To recap: That’s not good!

Unnamed sources have been known to leak embellished information to improve a certain team’s leverage, but that doesn’t appear to be the case here. While “No one has any idea … if it will even heal at all” is a strong statement, that doesn’t mean it’s untrue, either.

Here’s the thing: We’re not doctors. Perhaps you are, but it’s highly unlikely you examined Thomas’ injury. We have to trust the reporting.

What we know is Cleveland refuses to say much publicly, and that Thomas — at least as of now — will not have surgery. In the meantime, Derrick Rose is the presumed starter at point guard.

The Cavs, to their credit, safeguarded their future in the Kyrie Irving trade as much as possible by adding an unprotected 2018 draft pick from the Brooklyn Nets via Thomas’ former team, the Boston Celtics. If Thomas stays, that potential high selection is a luxury.

But if Rose struggles and the worst-case scenario Cleveland seems to fear with Thomas comes true, the draft choice may become expendable in hopes of acquiring a comparable point guard.