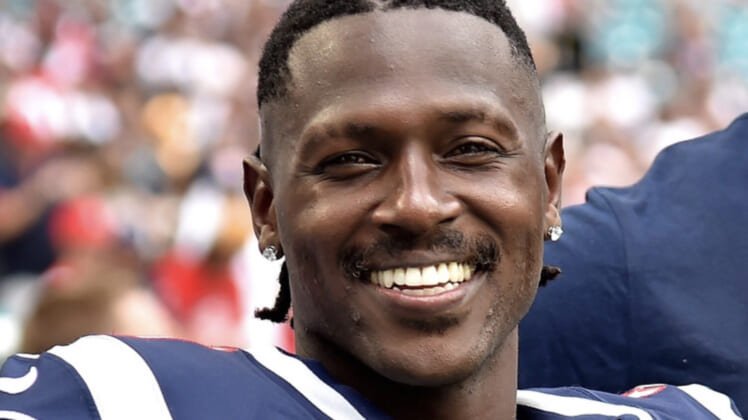 The downward spiral of former NFL Pro Bowler Antonio Brown could be on the verge of taking yet another turn.

It was just earlier this month that Brown was seen on video verbally abusing the mother of his children as well as police officers outside of his home.

Now, according to TMZ Sports, there’s a huge police presence outside of Brown’s home in Hollywood, Florida.

It’s not yet known what is transpiring. The gossip rag did note that no one has been taken into custody. Though, the same report indicated that someone is injured within the house.

“A police source tells us Antonio is NOT in custody but added, ‘at this time.’” The report read. “Two independent sources tell us it appears someone has been injured — though the details are still unclear. We’re working on it.”

Brown has been in the news for all the wrong reasons since the New England Patriots released him early this season. That includes the seven-time Pro Bowler being alleged of multiple instances of sexual assault.

We’ll obviously have more on this story as it develops.