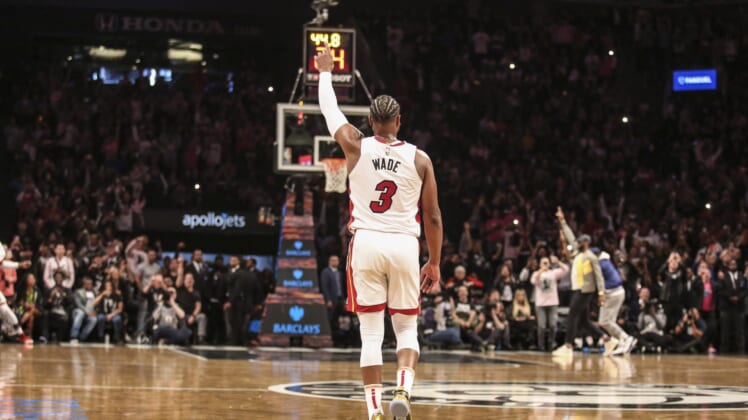 Just a few months after Dwyane Wade stepped off the court for the final time at AmericanAirlines Arena, the Miami Heat are planning to retire Wade’s iconic No. 3 jersey and honor one of the organization’s most beloved players.

According to The Sun-Sentinel’s Ira Winderman, the Heat plan to retire Wade’s No. 3 jersey and honor him in a special ceremony for the Feb. 22 game against the Cleveland Cavaliers.

The team will reportedly hold a celebration honoring Wade on Feb. 21, when the team has the night off, giving Wade a chance to celebrate with friends, family and the entire organization. On the following night, Wade will become just the fifth player to have his number retired by the Heat.

He will join Alonzo Mourning (No. 33), (Shaquille O’Neal (No. 32), Chris Bosh (No. 1) and Tim Hardaway (No. 10) in the historic club. The team is expected to retire LeBron James No. 6 when he retires, which would put all three members of “The Big Three” jerseys among the organization’s all-time greats.