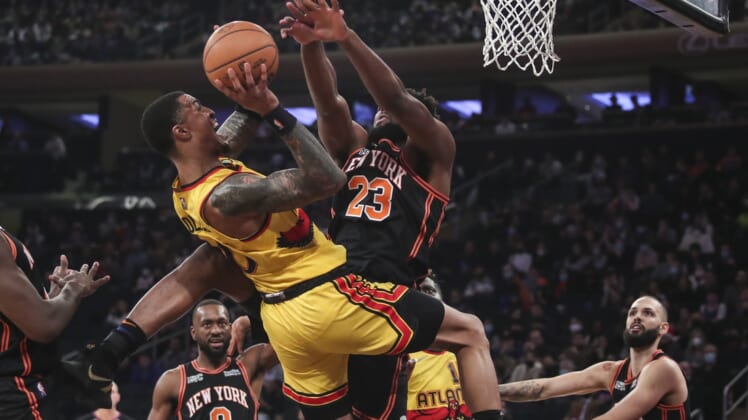 The Atlanta Hawks have 10 players in COVID-19 protocols, with ESPN reporting the additions Sunday of forwards John Collins and Jalen Johnson.

Collins is averaging 17.6 points and 7.9 rebounds in 32 starts in his fifth season with the Hawks, who drafted him in the first round (19th overall) in 2017.

Atlanta is scheduled to host the Chicago Bulls on Monday night.