Report: Gregg Williams not a candidate for Browns’ full-time job 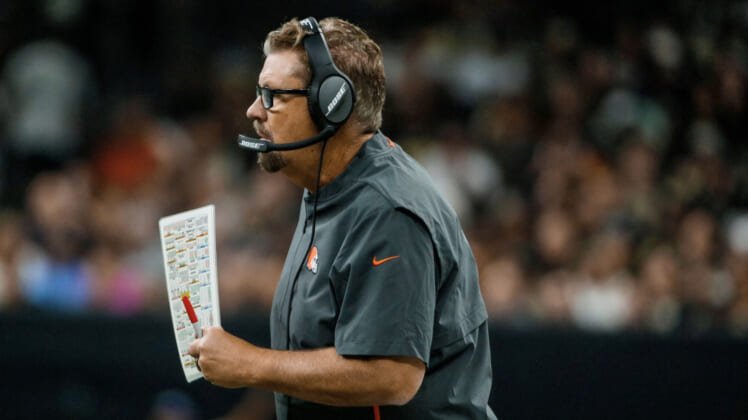 The Cleveland Browns might have opted for Gregg Williams as their interim head coach over other qualified candidates. In no way does this mean that Williams will be the full-time option to replace the recently fired Hue Jackson on the sideline for the long term.

According to NFL Media’s Ian Rapoport, Williams has no chance to be the team’s full-time head coach following the 2018 season.

.@RapSheet on @BullandFox on whether he thinks #Browns interim head coach Gregg Williams has any chance of the job going into 2019:

Known primarily for his role in the entire Bountygate scandal, Williams’ only previous head-coaching experience came with the Buffalo Bills from 2001-03. He posted a lowly 17-31 mark in those three seasons.

Already linked to Oklahoma head football coach Lincoln Riley, the Browns are likely looking to make a splashy hire following the season. Seen more as a retread than anything else, Williams sure doesn’t fit into that category.