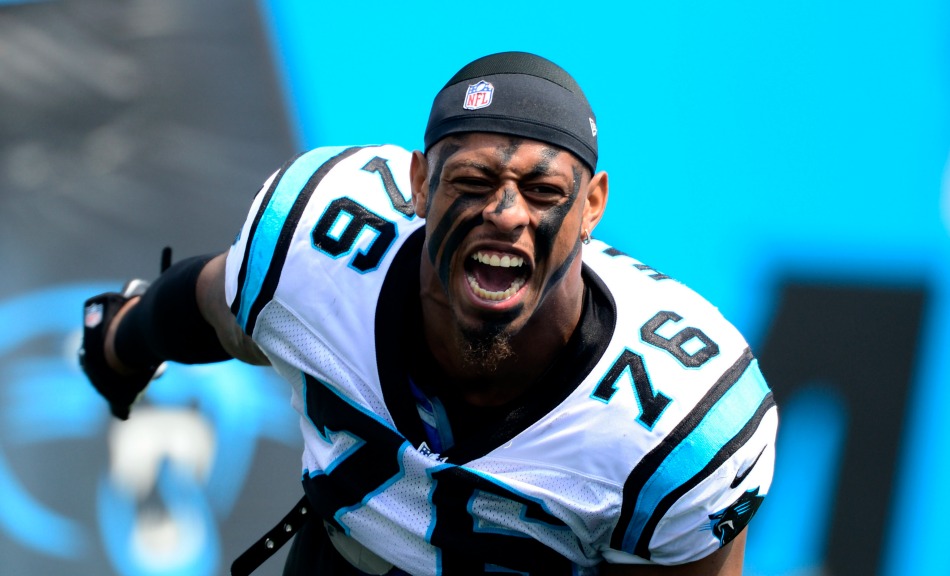 It seems someone has deemed former Carolina Panthers’ defensive end Greg Hardy worthy of a second chance. A five-year NFL veteran, Hardy missed the 2014 season due to a domestic violence case.

While the charges against Hardy were dismissed due to the primary witness’s lack of will to testify, the stories of Hardy’s case will not fade anytime soon.

Regardless, a new door has opened for the former sixth-round pick. Hardy inked a one-year deal that could potentially be worth over $13 million with the Dallas Cowboys on Wednesday.

The former Panthers’ defensive end worked his way up from the bottom of the team’s depth chart, starting 39 games from 2011-2013. Hardy’s athleticism is tremendous, a fact that helped him earn his reputation as a ferocious pass rusher. Hardy accrued 34 sacks in 63 games played as a Panther, marking him as one of the best quarterback crushers in the game today.

Hardy has earned his second chance, and the defensive end will look to start anew as a member of the Cowboys.

However, the defensive end still faces punishment from the National Football League. Recent reports suggest that he could be suspended up to six games under the new domestic violence policy.

He’s also currently on the Commissioner’s Exempt List, and will require Roger Goodell’s approval before being removed from the list.