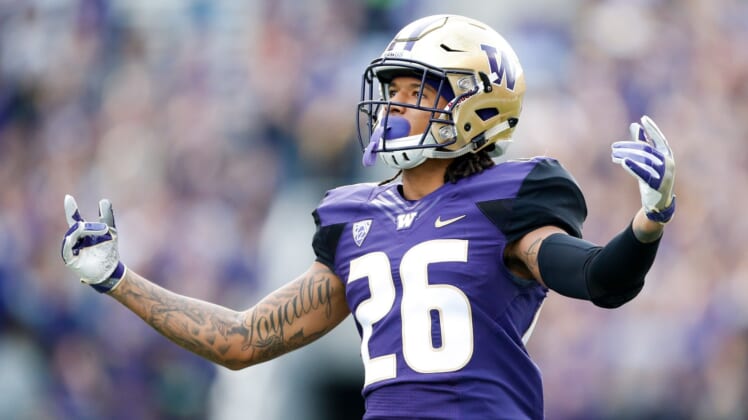 Updating a previous note from Seattle. It appears that former Washington cornerback and likely first-round pick Sidney Jones suffered a torn Achilles during the program’s pro day on Saturday.

"It's a torn Achilles" he was told for CB Sidney Jones. As feared.

Previous reports had indicated that Jones was carted off the field with a serious lower-body injury. It came on the final defensive back drill of the day.

It also came with Jones less than a week removed from Jones impressing at the NFL Scouting Combine in Indianapolis.

A projected first-round pick in the 2017 NFL Draft, Jones is coming off a college career that saw him earn First-Team All Pac 12 honors in consecutive seasons.

The 6-foot, 186-pound cornerback was graded among the top-20 prospects in the draft by Bleacher Report’s Matt Miller prior to suffering this serious injury on Saturday. He’s now likely going to drop to Day 2 with a projected rehab time that will take the talented cover guy into the 2017 season.

It really is an unfortunate situation for Jones, who likely participated in Saturday’s event more to help his fellow Washington teammates than advance his stock in the draft.