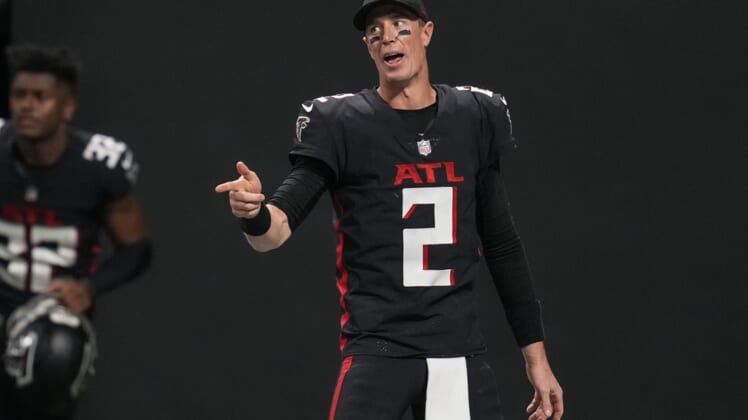 Clarity on the quarterback situation for the Atlanta Falcons is expected to arrive on Monday, when Matt Ryan’s delayed roster bonus of $7.5 million becomes guaranteed.

ESPN reported Monday that the Falcons informed interested teams that the bonus date, delayed from the start of the league year last week, is the deadline for a trade involving Ryan.

His bonus becomes fully guaranteed at 4 p.m. ET on Monday, according to reports.

The Seattle Seahawks and Indianapolis Colts are thought to be in the market while also considering Baker Mayfield, who was left without a seat in the quarterback carousel when the Browns acquired Deshaun Watson.

Multiple reports indicate Mayfield prefers the Colts, but his leverage is limited.

Teams might be willing to roll the dice for Ryan, who is due $51.8 million combined the next two seasons and has a salary cap hit of $40.5 million if traded.

The New Orleans Saints could have interest but it’s doubtful the Falcons would be willing to trade their 14-year starter to a division rival.

Ryan turns 37 in May but reportedly asked for a new three-year deal as the market value for starters continues to explode behind new contracts for Aaron Rodgers (three years, $150 million) and Deshaun Watson (five years, $230 million).

Ryan had 20 touchdowns and 12 interceptions in 2021 as the Falcons competed into December despite a roster that shouted “rebuild.”