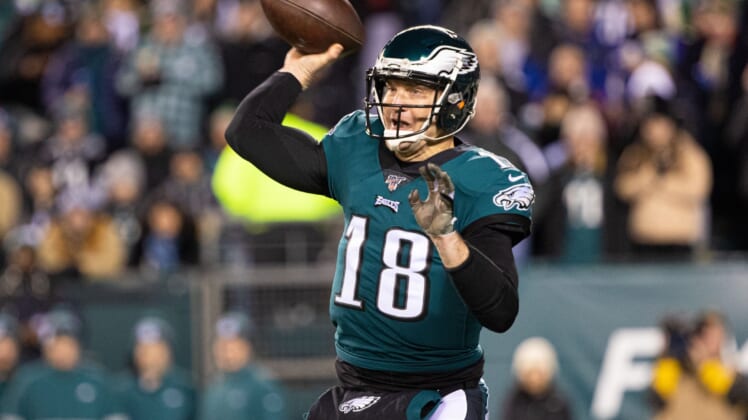 Philadelphia Eagles quarterback Josh McCown played through incredible pain this past Sunday when he made his NFL Playoff debut against the Seattle Seahawks. Now we’ve learned exactly what he was playing through when he nearly led Philadelphia on an incredible comeback.

According to ESPN’s Tim McManus, the 40-year-old quarterback played on a torn hamstring in the second half against the Seahawks. He’s now scheduled to undergo surgery next week to repair the damage to his hamstring.

Yes, the same quarterback who stepped in after Carson Wentz’s concussion gave everything he physically had left in him to try and keep Philadelphia’s Super Bowl hopes alive. He basically played on one leg for nearly the entire game and finished with 174 passing yards and 23 rushing yards for a team with a majority of its other starters already out with injury.

There have certainly been some gutsy playoff performances in recent years. For McCown to play in such an excruciating amount of pain, speaks volumes of his character, toughness and willingness to fight through pain for his teammates.