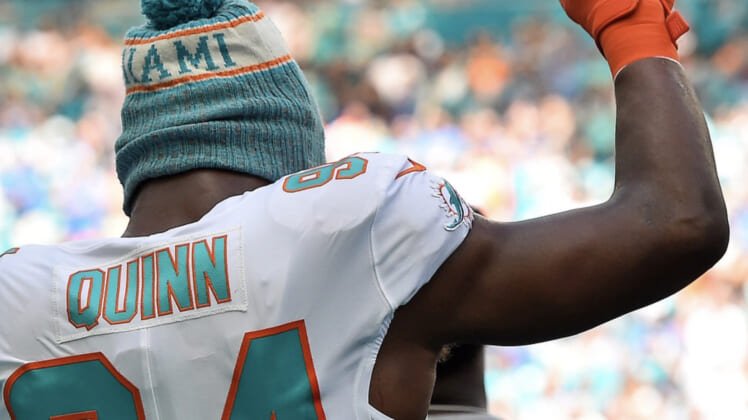 The Miami Dolphins have a tall task ahead of themselves this spring if they want to become relevant once again the AFC Playoff race.

That might start out at quarterback with Miami moving on from longtime starter Ryan Tannehill. However, general manager Chris Grier must also address other areas. That includes cutting some of the veteran fat of the team’s roster. As of right now, Miami is $8.83 million under the cap — the fourth-smallest figure in the NFL.

According to Barry Jackson of the Miami Herald, this will include cutting former Pro Bowl pass rusher Robert Quinn and fellow defensive lineman Andre Branch.

Coupled together, the two moves would save Miami $16.9 million against the cap. Add in the potential release of the above-mentioned Tannehill, and that number skyrockets to north of $30 million.

It won’t come without an on-field loss. Quinn, 28, led the team with 6.5 sacks last season. It was his first year in South Beach after Miami sent the Los Angeles Rams draft picks in a trade last spring.

Needless to say, Quinn doesn’t fit into the Dolphins’ long-term plans. Given that the team incurs zero dead money hit by releasing him, this makes perfect sense.

As it relates to Branch, he was largely ineffective last season in a part-time role. Releasing him is a no-brainer.