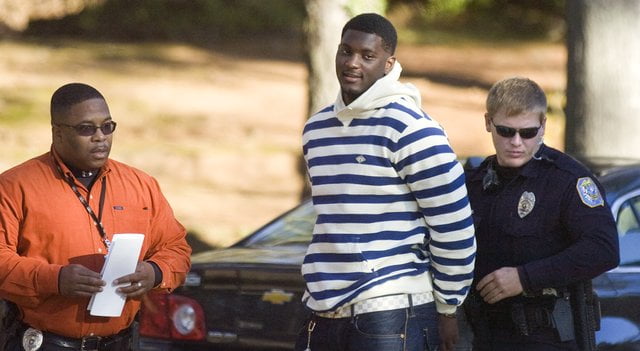 USA Today: Hopefully for McClain’s sake, his bouts with the law are behind him.

This is the time of the year when the NFL starts handing out its suspensions. It just so happens, that the Dallas Cowboys will be taking another hit on their defense while linebacker Rolando McClain sits out for the first 10 games of the 2016 season.

Per Adam Schefter of ESPN, McClain’s suspension stems from a reported violation of the NFL’s substance abuse policy.

Cowboys' LB Rolando McClain will be suspended the first 10 games for violating the NFL’s substance abuse policy, per @toddarcher and me.

McClain has appeared in 24 games during his two-year tenure with Dallas. He has recorded a total of 167 tackles, three sacks and three interceptions.

Furthermore, the Cowboys are without pass rusher Greg Hardy after they decided to let him walk in free agency.

Dallas’ defense ranked 19th overall last season and its standing doesn’t look to improve much with some of its key defensive players suspended to start the campaign.