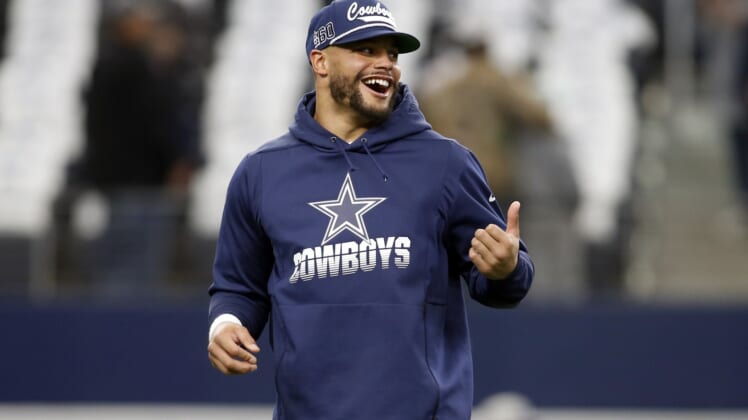 The Dallas Cowboys have reportedly upped their contract offer to Dak Prescott, exceeding the previously reported figures of $33 million per year with $105 million guaranteed.

Mike Fisher of Sports Illustrated shared the following on Sunday:

Fisher noted that “Dallas’ latest offer is in excess” of those numbers but did not provide any clarity about exactly how much more the Cowboys are offering.

The ‘Boys have until March 12 to lock Prescott up by using the exclusive franchise tag. The team would love to ink him to a long-term contract before that deadline, but given the fact that NFL players have until the end of day on the same date to ratify or decline the proposed new CBA — the thing that’s holding up everyone’s contract talks right now — that seems like a dream.