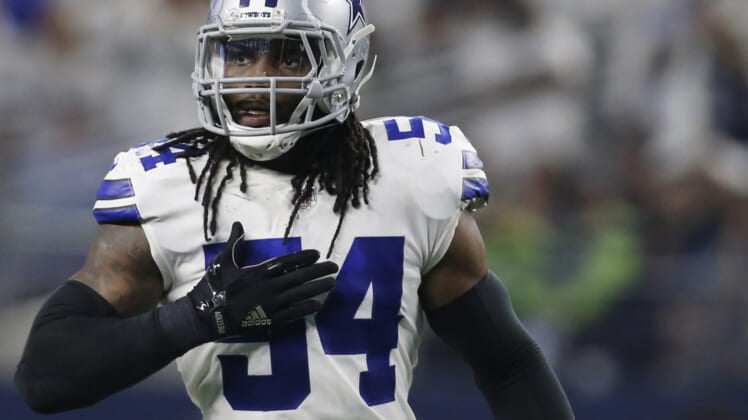 As the attention continues to swirl around possible contract extensions for Dak Prescott and Ezekiel Elliott, it appears the Dallas Cowboys are also trying to keep another young starter in the fold for years to come.

According to Mike Fisher of 247 Sports, the Cowboys have started to talk to Jaylon Smith and his representatives about a potential extension to keep him in the city for years to come.

Smith, a second-round pick by Dallas in 2016, is entering his fourth season in the NFL and coming off the best statistical year in his career.

The 23-year-old recorded 82 solo tackles, four sacks, four pass deflections and two forced fumbles in 16 games. It marked a remarkable comeback for Smith after many feared his career would be over after he suffered a gruesome knee injury in his final collegiate game.

While retaining Smith might not seem like the team’s biggest priority, extension talks with the young linebacker could progress more quickly since he’ll be a restricted free agent next offseason and would command far less money than Prescott or Elliott.