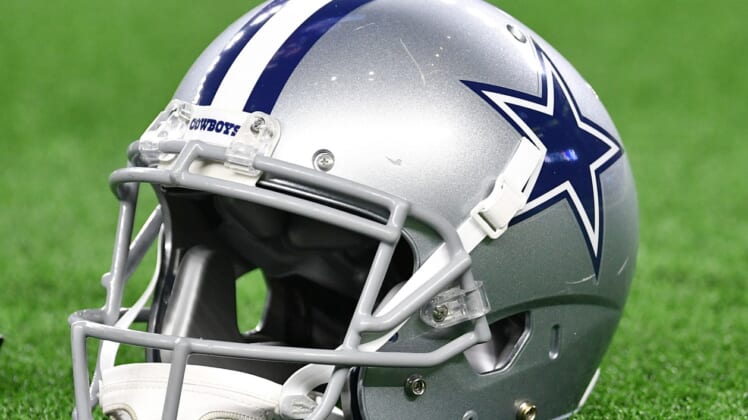 The Dallas Cowboys have a lot on their plate with free agents like Dak Prescott and Amari Cooper looking for paydays, but that hasn’t stopped them from dreaming big when it comes to the 2020 NFL Draft.

According to Tony Pauline of Pro Football Network, the ‘Boys are hoping to “make a big splash” this April.

“I can tell you this – a source close to the team told me, ‘Jerry wants to make a big splash in the draft.’ That leads me to believe Jones could look to trade up from the 17th overall pick.”

Speculating on who the Cowboys could potentially trade up for in the draft, Pauline wrote that Dallas has done a lot of work looking at Ohio State prospects. He rightly points out that Dallas would likely not be able to get in on Chase Young, but noted that elite cornerback Jeffrey Okudah could be on their radar.

Owner Jerry Jones is always looking to make a big splash, so this report isn’t surprising at all. Whether he ultimately pulls the trigger on a blockbuster trade to move up in the draft remains to be seen. But it seems clear that Jones is desperate to do whatever it takes to get his team over the hump.