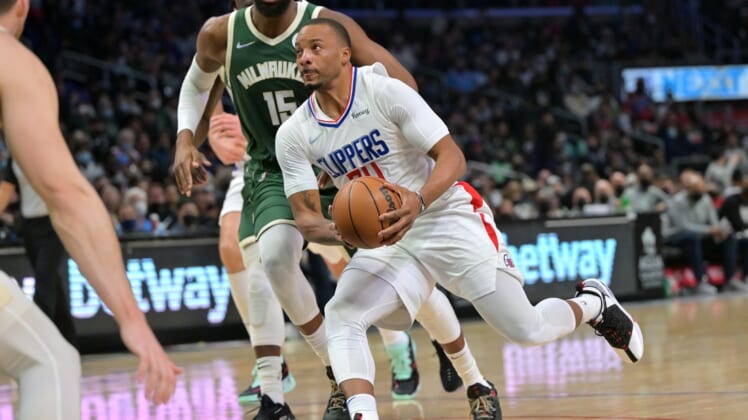 Los Angeles Clippers guard Norman Powell has been upgraded to questionable and plans to make his return Wednesday night against Phoenix, ESPN reported.

A final decision will be made after pre-game warmups, per the report. His return would follow that of Paul George, who just came back Sunday after recovering from a ligament tear in his shooting elbow.

Powell, 28, has been out since Feb. 12 with a broken foot. He played in just three games for the Clippers since the trade that sent him to L.A. from Portland.

He came away with the injury in a game against Dallas on Feb. 10.

Powell, 28, averaged 21 points, four assists and three rebounds per game for Los Angeles before the injury.

In Portland, he had season averages of 18.7 points, 3.3 rebounds and 2.1 assists, playing an important role earlier this season while backcourt stars Damian Lillard and C.J. McCollum each missed time with injuries.