Report: Chargers won’t sign or trade for QB, will have Tyrod Taylor as starter in 2020 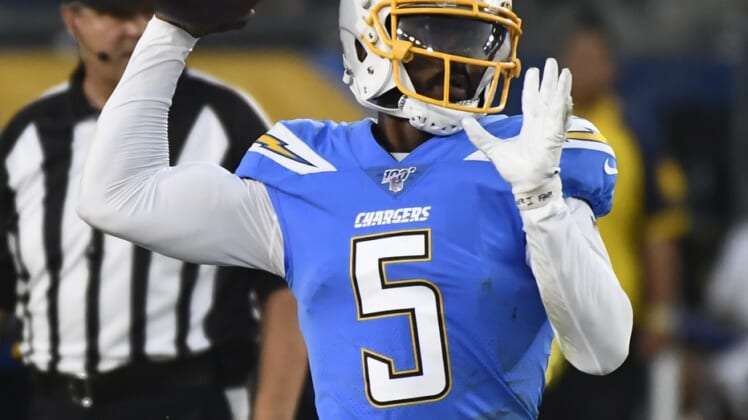 The Los Angeles Chargers have been linked to some of the biggest names in the NFL, but in 2020 they’ll turn to Tyrod Taylor, instead.

Ian Rapoport of NFL Media shared Wednesday that the Chargers are not expected to sign or trade for a veteran quarterback and will move forward with Taylor.

The Chargers hinted at this possibility earlier this year when head coach Anthony Lynn said that Taylor has a chance to be the starter in 2020.

Certainly, there are worse situations in the NFL. Taylor was a rock-solid starter for the Buffalo Bills from 2015-17 when he passed for 8,857 yards with 51 touchdowns and just 16 interceptions.

This doesn’t mean the Chargers can’t still draft a quarterback this year. With the No. 6 overall pick and an already stacked roster, they could be in prime position to land the quarterback of the future in Round 1, which is exactly what we predicted will happen in our latest mock draft.