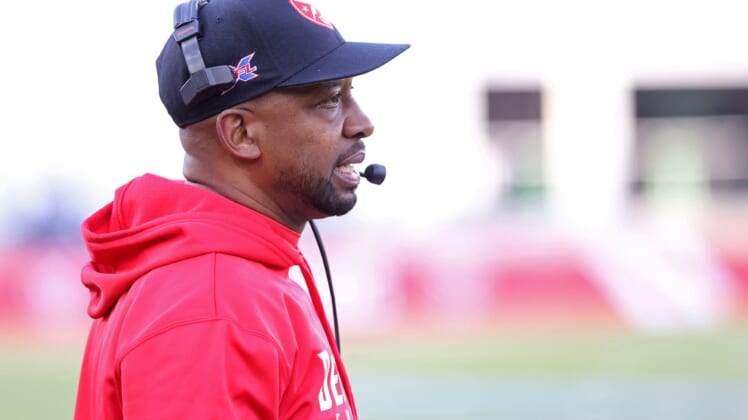 It’s not just players making their way from the now-decunt XFL to the NFL. According to this report from Daniel Popper of The Athletic, the Los Angeles Chargers have hired former DC Defenders head coach Pep Hamilton to be their quarterbacks coach.

Hamilton, 45, led the Defenders to a 3-2 record before the inaugural season was canceled due to the COVID-19 pandemic. He has served in multiple roles for various NFL teams over the past two decades.

Most recently, Hamilton was the Cleveland Browns’ quarterbacks coach back in 2016. He left that gig to be the assistant head coach and passing game coordinator for Jim Harbaugh with the Michigan Wolverines.

Hamilton’s new role will be to help rookie No. 6 overall pick Justin Herbert transition from the college game to the professional ranks.