Report: Cavs expected to make at least one trade before deadline 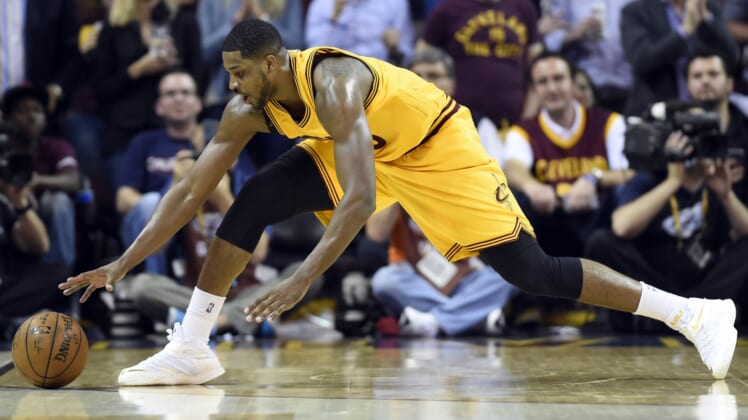 It’s now becoming pretty apparent that the Cleveland Cavaliers are not in the same class with the defending champion Golden State Warriors. This came out in a big way during Monday’s 118-108 home loss to Golden State.

Cleveland stayed with the Warriors for the most part, actually finding itself up seven points at halftime. But then the second half came. LeBron and Co. were outscored by 17 after intermission, sending the team to its fourth consecutive loss and eighth defeat in 11 games.

With reports now surfacing that Cavaliers players don’t believe they can fix this thing, Marc Stein of The New York Times is indicating that Cleveland is expected to make at least one trade before next month’s deadline.

One trusted source pulled me aside at the @nbagleague Showcase last week in suburban Toronto and insisted that the Cavs will "definitely" swing at least one deal before the Feb. 8 trade deadline. But is there really one deal out there that closes this gap?

We’ve seen the reports of Cleveland potentially offering up Tristan Thompson and change to the Los Angeles Clippers for DeAndre Jordan. There also seems to be some pretty solid wing options out there on the trade block. And with Cleveland boasting the Nets’ first-round pick in this year’s NBA Draft, the team does have some assets to dangle as bait.

The question here is whether any of the players that could be had between now and the deadline would narrow the gap between Cleveland and Golden State.

Despite struggling to a 26-17 record thus far this season, the Cavs will still be seen as odds-on favorites back east come playoff time. But with LeBron James potentially leaving for another city in the summer, the team needs to think about its future.

Trading a valuable asset like a lottery pick under the foolhardy belief of championship contention is extremely narrow minded. It’s something the Cavaliers will have to decide on over the next few weeks. Is this version of the team worth risking the future for? We’re not too sure.