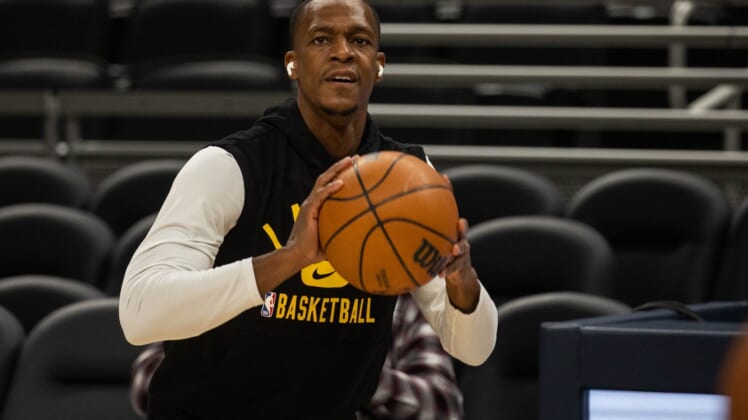 According to the report, the Cavaliers will need to open a roster spot to make room for Rondo. Their options include sending a minimum-contract player to Los Angeles, waiving a player, or giving the Lakers cash or a second-round draft pick in exchange.

Cleveland has a trade exception that allows the team to absorb Rondo’s $2.6 million salary, per the report.

The Cavaliers lost another veteran playmaker, Ricky Rubio, to a torn ACL in his left knee earlier this week.

Rondo, 35, has been in the NBA’s health and safety protocol since Sunday and has not played since Dec. 23.

The four-time All-Star is averaging 3.1 points, 2.7 rebounds and 3.7 assists in 18 games off the bench this season, his 16th NBA campaign.