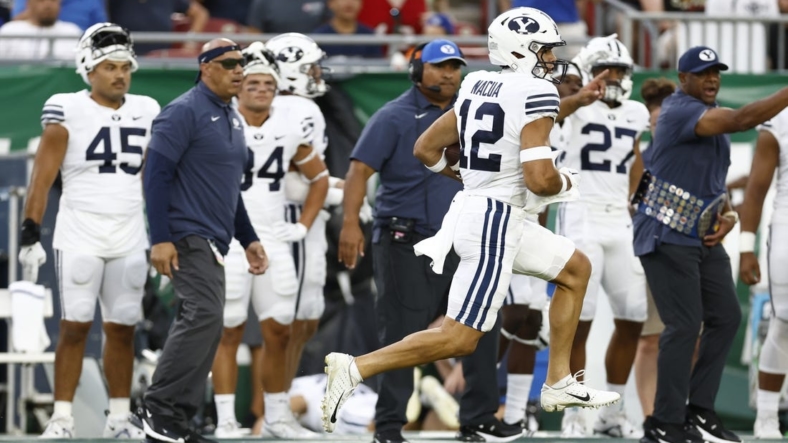 BYU receivers Puka Nacua and Gunner Romney are both expected to sit out Saturday night when the No. 21 Cougars host No. 9 Baylor at Provo, Utah.

The losses represent a big blow for BYU as Nakua had five catches for 168 yards and one touchdown and Romney had three receptions for 81 yards in last season’s 38-24 road loss to the Bears.

Nakua caught one pass for 22 yards and rushed three times for 76 yards and two scores in BYU’s 50-21 home win over South Florida last weekend before leaving with his injury. He scored on a 75-yard run on the first play from scrimmage.

Nacua caught 43 passes for 805 yards and six touchdowns last season, his first with the Cougars after transferring from Washington.

Romney sat out the Southern Florida game due to his injury. He has 117 receptions for 1,900 yards and nine touchdowns in a career that began in 2018.