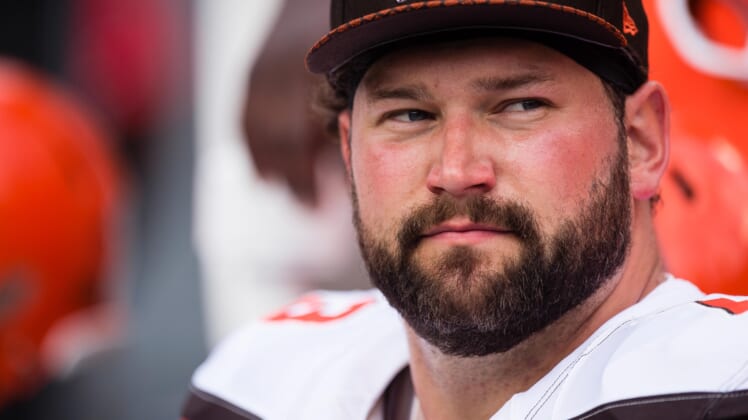 Perhaps as a way to give Joe Thomas an incentive to return next season, the Cleveland Browns have reportedly amended his contract. According to ESPN’s Field Yates, Cleveland is making Thomas the highest-paid offensive lineman in the NFL heading into the 2018 season.

Per Yates, this means Thomas will earn $13.5 million next year, if he chooses to return. It’s worth highlighting that final aspect of all this. Thomas has made it clear next year is something he cannot commit to after suffering a triceps injury a couple weeks back.

Until that injury, Thomas had never missed a single snap in his 10-plus year career.

For what it’s worth, we hope to see Joe Thomas back in uniform next year. The Browns are most definitely not better off without him.