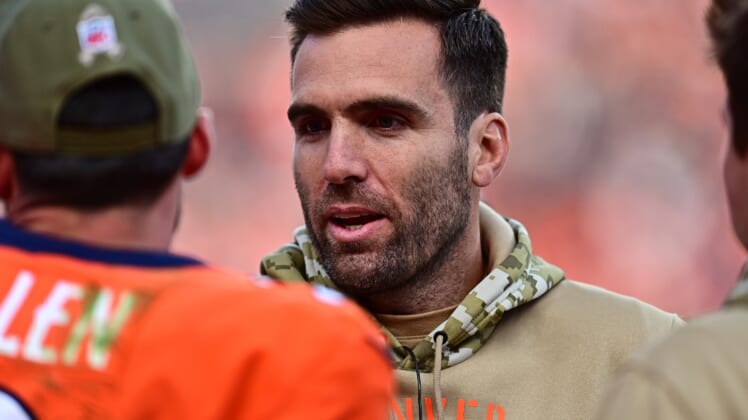 His time in the Mile High City did not last long and was a bitter disappointment. About a calendar year after acquiring Super Bowl champion Joe Flacco, the Denver Broncos are releasing the veteran quarterback.

Flacco, 35, started just eight games in his only season with the Broncos before suffering a herniated disc in his neck. He threw just six touchdowns compared to five interceptions en route to posting a 2-6 record on those eight starts.

It was previously noted that Denver was looking to trade Flacco. That was never really a possibility given his regression, injury issues and the fact that the veteran was slated to count $23.65 million against the cap in 2020.

Denver had no need to retain Flacco with 2019 second-round pick Drew Lock performing well as a rookie. He’ll now hit the open market with interest in the quarterback’s services likely limited.