Report: Braves targeting May 6 for return of Ronald Acuna Jr. 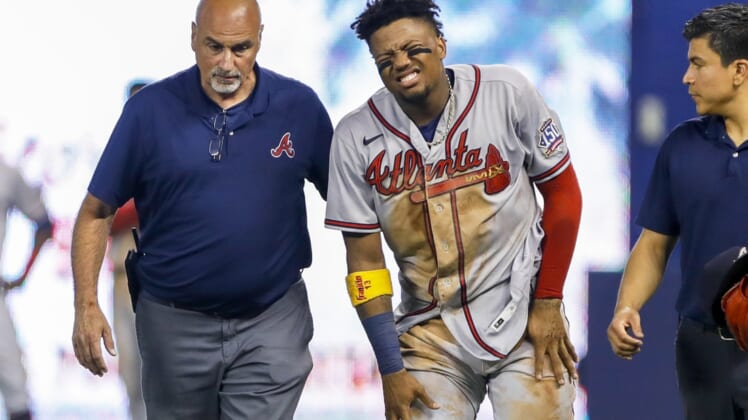 The Atlanta Braves are loosely targeting the return of star outfielder Ronald Acuna Jr. for May 6, Fox Sports reported on Saturday.

Acuna tore the ACL in his right knee on July 10 of last season and has been recuperating. The team is expected to send Acuna on a rehab stint as soon as Tuesday.

Acuna, 24, was enjoying a monster season with 24 homers and 52 RBIs in 82 games last season before the injury. Atlanta went on to win the World Series without him.

Atlanta opens an eight-game homestand against the Milwaukee Brewers on May 6. The Braves play three games against the Brewers, two versus the Boston Red Sox and three against the San Diego Padres.