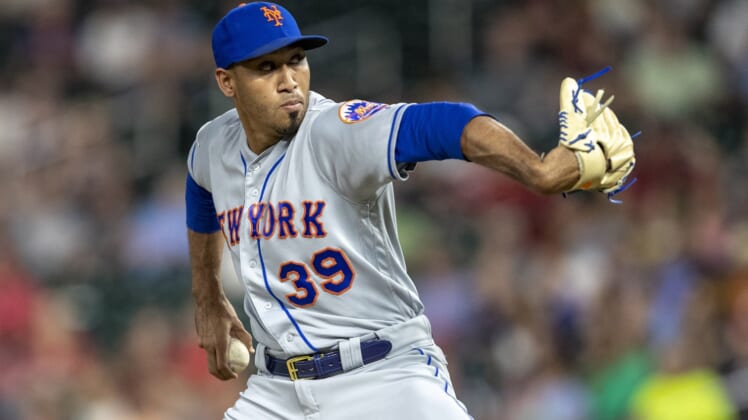 The MLB trade deadline is approaching quickly without much movement. As those around the diamond wait for the first big move to get things going, the New York Mets have already been active.

They could very well continue this trend leading up to the deadline on Wednesday. A couple days after acquiring Marcus Stroman in a big trade from the Blue Jays, New York is looking to move starter Zack Wheeler and closer Edwin Diaz.

According to this report from ESPN’s Buster Olney, that could include sending one of the two (or both) to the division-rival Atlanta Braves.

As Olney notes, there hasn’t been any real traction on this front. That’s more than understandable. By acquiring Stroman, the Mets are making a foolish attempt at playing postseason baseball. Trading within the division, especially to the first-place team, wouldn’t make a whole lot of sense.

Even then, we can’t rule this possibility out. Simply put, no one outside of the Mets’ organization knows what they are doing.

As for the Braves, they have been in the market for both a starter and a reliever. Either of these players would fit in well for the stretch run.