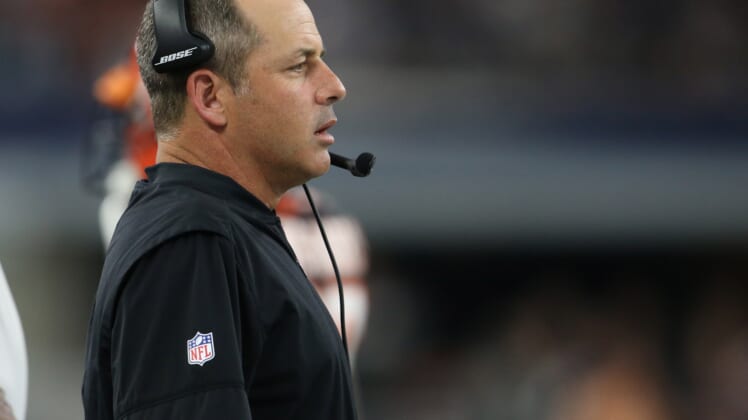 The Cincinnati Bengals are in free-fall mode after losing their first two games of the 2017 season, and it looks like offensive coordinator Ken Zampese will be the first to take the fall for the team’s woes.

The #Bengals are expected to fire OC Ken Zampese, sources say. After two games without a touchdown, Zampese is out.

With #Bengals OC Ken Zampese out, one potential replacement is QB coach Bill Lazor. He’s highly regarded in the building.

New Bengals' OC Bill Lazor: "There is a lot of football ahead of us this season and we are excited to make this a productive year.”

Bengals HC Marvin Lewis: "We have a lot of talent on offense, and we need to keep working to take full advantage of the personnel we have.”

Zampese was the team’s quarterback coach from 2003-15 and took over last year after Hue Jackson became the head coach of the Cleveland Browns.

It’s not all that surprising that he’s being fired given the fact that Cincinnati’s offense has been a train wreck and has failed to score a touchdown thus far. Zampese’s play calling has been questionable, at best, and his offense has managed just 516 yards.

It’s hard to blame Zampese for all the dysfunction offensively, however. The Bengals have watched top offensive free agents leave the past two years. This past season, both of the team’s top offensive linemen — guard Kevin Zeitler and left tackle Andrew Whitworth — bolted for greener pastures. Their absences have been keenly felt, as Cincinnati’s offensive line has been a train wreck.

Firing Zampese won’t fix any of that. At this point it’s hard to say if there’s any way the Bengals will be able to salvage the season. Last year’s 6-9-1 mark might prove too difficult to overcome.