Report: ‘At least two teams’ wary of Tua Tagovailoa due to self promotion 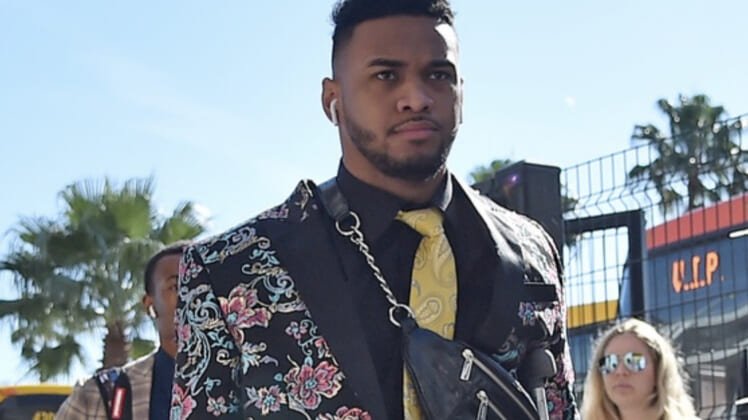 It’s lying season in the NFL, so take this information with the requisite grain of salt: Reportedly, at least two teams are concerned about all the attention Tua Tagovailoa has been seeking since his hip surgery, and about the leaks that have transpired about his health.

Armando Salguero of the Miami Herald wrote about this dynamic late Wednesday night. He shared that, “at least two NFL teams, including the Miami Dolphins,” have noticed that Tagovailoa is trying too hard to sell himself. And he wrote that “it’s not necessarily a good thing.”

He wrote: “Then there were the curiously timed leaks of Tagovailoa’s progress as he rehabilitated from his hip surgery. I counted two of these before moving on — and, not shockingly, both reported positive news but lacked tangible details or evidence.”

As all of this relates to Miami in particular, Salguero noted that Tagovailoa’s behavior goes against what head coach Brian Flores is looking to instill as he builds a new culture with the Dolphins.

“Flores likes his team as insulated from the outside as possible. He doesn’t like leaks. He doesn’t like medical information getting out. And he doesn’t want his quarterback distracted by national television interviews. Or local television interviews. Or freakin’ Face Time calls spent with a friend, for that matter, if it steals time from preparation. Flores wants his players focused on what is inside and private to the team.”

We recently delved into why Tagovailoa may end up taking a draft-day tumble due to his medical issues and because NFL teams have to rely on third-party evaluations for medicals during the COVID-19 pandemic. If other teams really do have the same concerns expressed in Salguero’s column, the idea he could fall is even more salient.

However, given the level of talent this young gunslinger has in his left arm, all of this may end up being a gigantic smokescreen in the end.