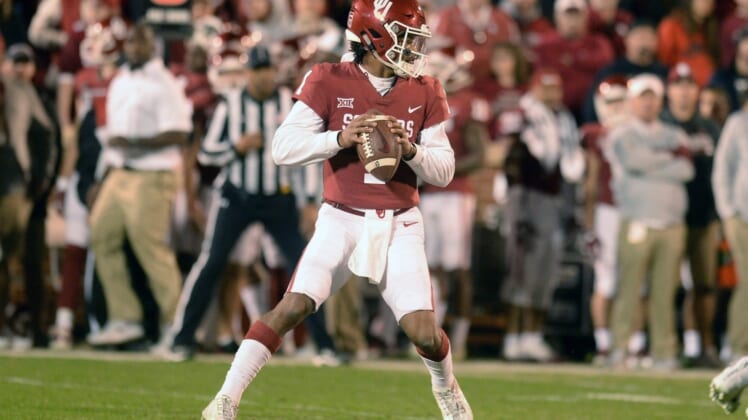 Kyler Murray will fulfill his promise to play Oklahoma Sooners football this coming fall. But after that, the talented young quarterback will switch gears to the baseball diamond.

Selected ninth overall by the Oakland Athletics in the 2018 MLB Draft earlier this week, Murray has signed a deal with the baseball team that will guarantee him nearly $5 million in cold hard cash.

Kyler Murray and the A's have a deal that guarantees him close to $5M and allows him to play football (he's a QB and could be Baker Mayfield's replacement) at Oklahoma for 1 year.

That’s a ton of money for someone selected in the bottom half of the top 10. It’s also a clear indication that the A’s are high on the outfielder.

Immediately after being selected earlier this week, Murray made it clear that he was going to fulfill his commitment to play in Norman this coming season. He’ll likely replace reigning Heisman winner Baker Mayfield under center for Oklahoma.

But after that, Murray will turn his attention to the baseball diamond. He’s seen by some as a five-tool prospect with All-Star upside. There’s no telling how high Murray would have gone in the MLB Draft if there weren’t questions about his football career.

Those questions are now all but answered.