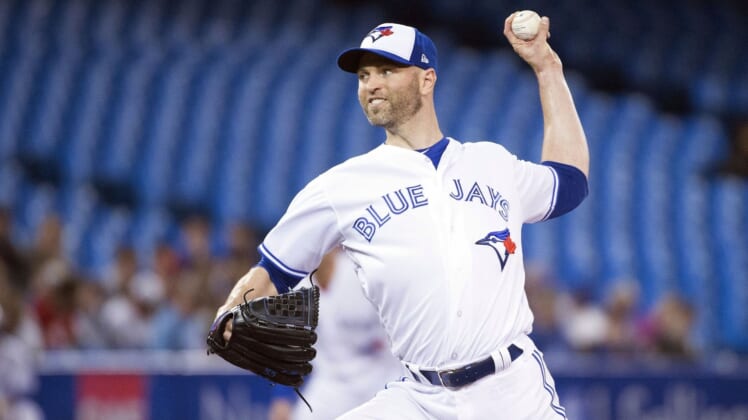 After posting yet another disappointing season in 2018, the Los Angeles Angels are looking to upgrade both their starting rotation and bullpen.

According to Jon Morosi, the Halos have reported interest in free agents Nathan Eovaldi and J.A. Happ.

Sources: #Angels active in the market for both starters and relievers and have shown interest in free agents Nathan Eovaldi and J.A. Happ, although it’s not clear if they have a strong chance to sign either of them. @MLBNetwork @MLB

We’re certainly not surprised to see Los Angeles looking to upgrade its pitching. The Angels have posted three consecutive losing seasons and haven’t made the playoffs in any of the last four years. The lack of quality pitching has frequently been the culprit.

So, there’s plenty of room to improve.